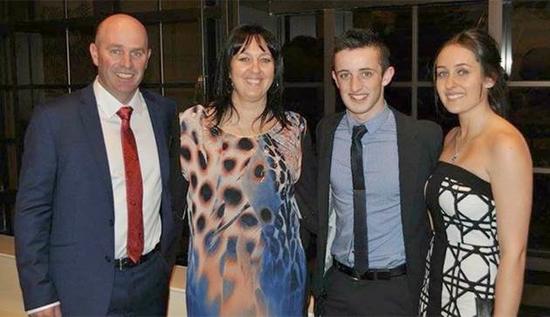 Group 1-winning trainer Richard Jolly will join forces with his daughter Chantelle as of September 17, in a move which he believes will be extremely beneficial for his team.

Chantelle has been an integral part of his team since joining her father in 2014 full-time and has demonstrated her desire to learn and continually improve her knowledge of the industry.

In 2015, Chantelle acquired her own trainer's licence, being one of the youngest females in Australia to have it and trained her first winner at only 19 years of age.

The partnership will come as no surprise to those in the industry, with Richard putting a lot of faith in his daughter on numerous occasions and allowing her to run the stable and represent him pre- and post-race while he's been at sales or on holidays.

Earlier this year, Chantelle and her partner, South Australian jockey Jake Toeroek, travelled to the UK where they spent more than three months working with top trainer Ralph Beckett, both gaining valuable experiences and discovering new training techniques and philosophies.

"She works incredibly hard, she's reliable and she's mature beyond her years, she will be a welcome addition as we continue to race for success."  - Courtesy Adam McGrath, Racing.com