Two State Treble including a Quinella 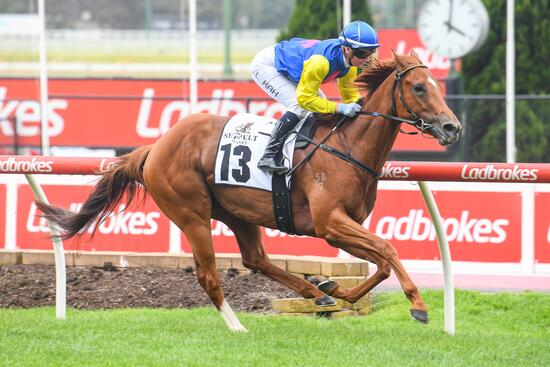 What a day!  It began with a quinella at Morphettville with Alleboom claiming the win and The Big Goodbye finishing off well for 2nd.  Two races later Skillful Steps worked his way from midfield around a wall of horses to claim the second win of the day.  Meanwhile across the border at Moonee Valley a speedy All Banter travelled outside the leader before breaking away at the 200m mark to win by two lengths.  An honourable mention goes to Poysed To Rein running in the last back at Morphettville.  She was slow to begin, as is her way, but travelled along the rail to just miss second place.  Congratulations to all the connections.  Photo: All Banter winning at The Valley (Image: Racing Photos)